What follows is a description of the process.  For details about the side stream tank itself, see this page.

Side streaming is collecting high strength, concentrated wastes at the source and setting it aside for disposal. You are already doing this with your spent grain. You can elaborate on the concept to collect trub and spent yeast. Smaller sources would be lauter plate rinsing, hop back rinsing, fermenter bottoms, returned beer in kegs, fermenter blow off, and beer in hoses or pipes at the beginning or end of a packaging run. Collect all or some of that stuff, put it in a tank, and haul it off site. Simple, low tech, and effective; you should be able to reduce your BOD and TSS by 75% while only hauling away about 10% of your wastewater.

Trub is easy to dispose of, it’s protein which is what farmers are always after and it can go in with spent grain. However be aware that it can shorten the shelf of the grain, and even hungry animals will reject rancid spent grain.

Spent yeast is trickier because the yeast is alive and it contains alcohol. Some brewers put live spent yeast in their spent grain, hoping the heat of the grain kills the yeast. Adding viable yeast shortens spent grain shelf life from 5 days to 1 day, after that the grain begins to mold. Also, 50 to 60% of the yeast is still viable 24 hours after sitting in the hot grain, so it’s a risk feeding it anyway.

If an animal bloats and dies, who is responsible? Make sure you have a simple contract with your farmer and indemnify the brewery for any use of the products after it is picked up. Quick side note here. I have been told distillers are responsible for stillage until it is unloaded from the truck. This means the distiller is responsible for stillage going down the road in someone else’s vehicle. Seems crazy to me, and I would love to hear if you can confirm or deny this.

Spent grain does have value as feed, at a minimum you can give it away in exchange for the farmer promptly hauling it away. Maybe you can get some free beef out of the deal? Larger breweries should be able to sell their spent grain. Dealing with heavy, wet spent grain is hard work. And of course we all know water is heavy. Excess water in spent grain makes it heavier than it already is and the value of spent grain decreases as moisture content increases. Excess water also makes the spent grain hard to handle (sloshy) and it won’t make a pile on the farm, it’ll make a puddle. For easy math, assume the farmer hauls 10,000 lbs of spent grain per load. If the grain is 80% moisture, that’s 8,000 lbs of water and 2,000 lbs of grain. If it’s 70% moisture, that’s 7,000 lbs of water and 3,000 lbs of grain (50% more grain per load)! At the end of the day you want to make sure your farmer and his animals are happy. Read more about spent grain here, it’s a good read.

OK, back to the subject at hand. Side streaming. Collect it, put it in a tank (outdoors, in back, it’ll stink), and spread it on pastures as fertilizer- or even feed it to animals. You could have 1 big tank and load a truck from there, or you could find used IBC totes; doesn’t need to be fancy. It can go on the fields as is, solids and high temperature are OK. Generally the fertilizer content of this material is lower than the cost of hauling, so you may have to pay for hauling. Concerns with land application are runoff to surface water and over application of nitrogen. I feel like I’m stating the obvious here, but do not go to the field and open a valve and dump it all in one place. Drive as it’s being spread so it is being applied thinly, and only apply to the same piece of ground 2x per year… To help spread the water, have the water hit a plate as it leaves the tank and splash. Simple, low tech and it can’t plug.

Problems with side streaming? Hauling gets expensive, odors, and permitting. Snow and mud season. To reduce hauling expense make sure you are only collecting the high strength stuff. If it has color, side stream it. If it’s clear, let it go down the drain. There is a line in there, when is the difference between color and clear? You can experiment over time, start by side streaming less, and move towards collecting more and more materials until the lab results come back where you need it. Or if improvements are needed right away, start by collecting more than you think you need, then collecting less when your accountant tells you to save money.

Odor is for real. The side stream tank is a warm vat of wild fermentation, it smells awful. The easiest was to reduce these odors is to haul it away promptly before that wild fermentation gets a chance to create a ruckus.

Finally permitting. Where would we be without bureaucrats? But seriously, rules and regs change with each state and sometimes county so there is only so much advice I can give.

After side streaming, the remaining portion of your wastewater can be referred to as process wastewater. This will be cleaning and CIP water in your cellar and brew house as well as any packaging line wastewater, boiler and cooling tower blow down, and general wash down waters. Sanitary wastewater (toilets, sinks) should not be included in this waste stream and should be piped directly to the sanitary sewer or facility.

One technique I have not tried is to add spent CIP water to your side stream. What this accomplishes is you don’t get pH spikes in your process wastewater, so less pH neutralization chemical is required. However side stream water is hauled off site, so the cost of hauling increases. Also, salinity will increase with this method which may be of concern, especially in California.

UP NEXT, SOLIDS AND TEMPERATURE 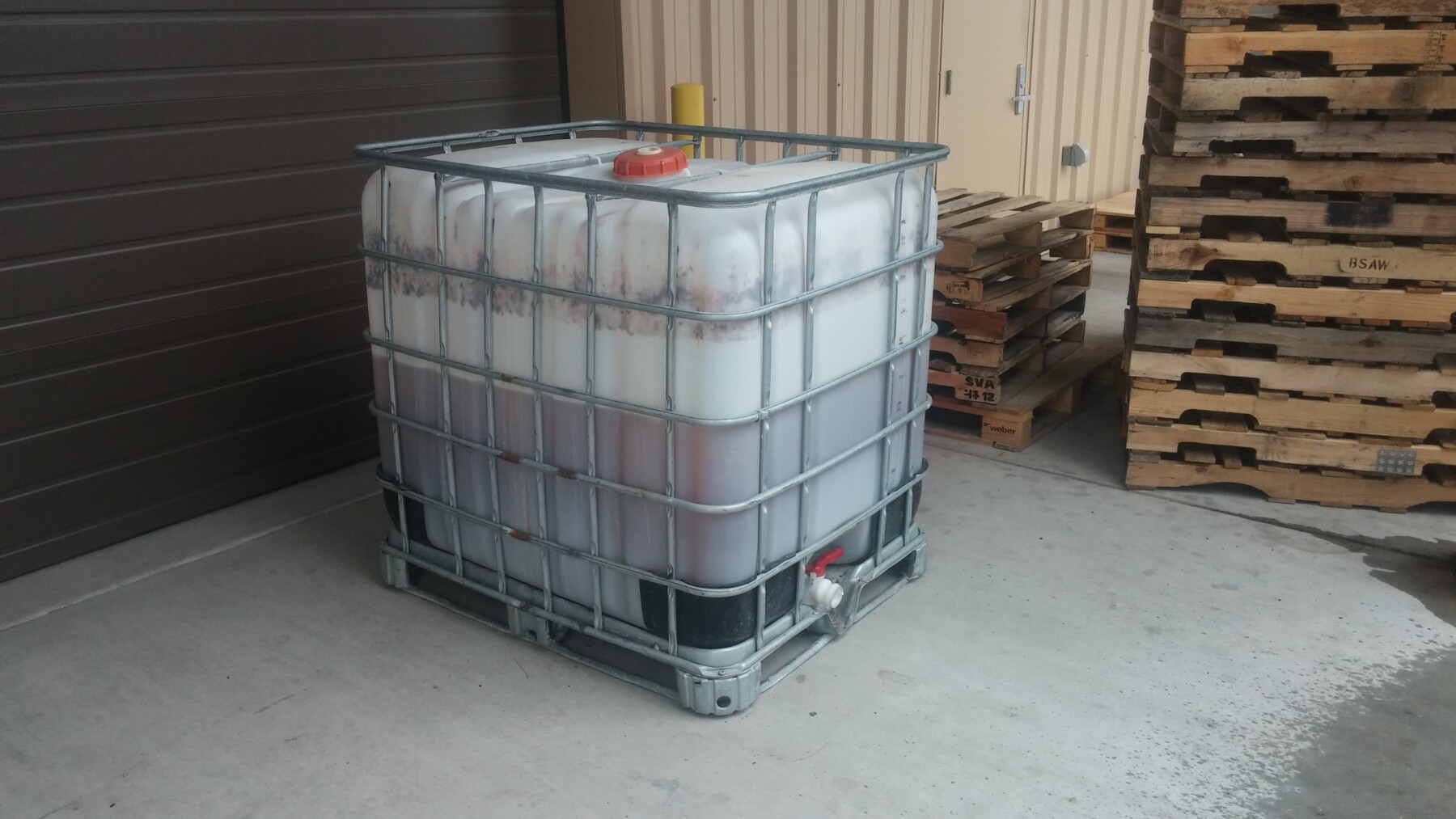